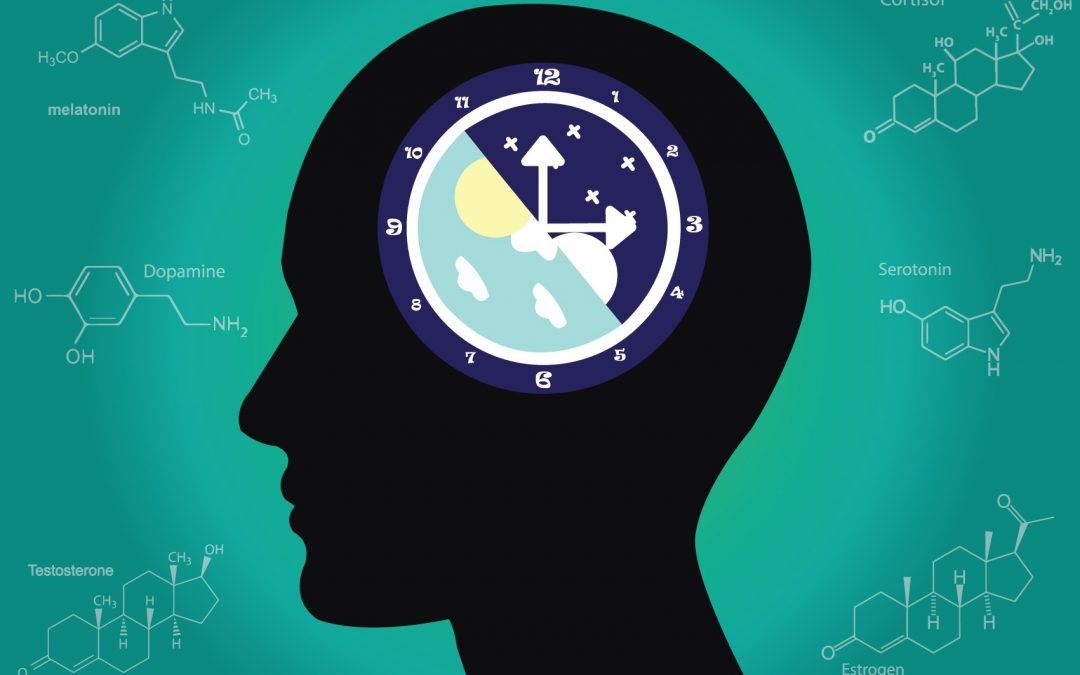 People who are looking for a natural way to improve poor sleep have increasingly turned to melatonin but just what is this compound and how does it work?

Melatonin is a hormone that is produced in the pineal gland of our brain. When you take a pill containing melatonin, you’re not taking a sleeping pill or a chemical that induces sleep. Instead, you are trying to add to the levels of natural melatonin that should be working within your body each day.

Because it is extremely light sensitive, melatonin will react to morning light exposure when our brain is signaled to pull back on melatonin release. Morning light also signals the brain to release cortisol, which is our awake hormone. Cortisol wakes us and should be at its peak in the morning. Melatonin and cortisol are in an opposite relationship; when melatonin is high, cortisol should be low and vice versa. When either of these gets out of balance, our ability to sleep is affected.

Generations ago, when people woke up with the sun and went to bed near sunset, the sleeping schedule was regulated by natural light. Our ancestors didn’t have artificial light so there was nothing to interrupt the daily system of melatonin levels rising when the sun set and dropping when the sun came up.

Today, however, many issues can affect the release of melatonin and cortisol in our bodies. During winter months, people wake in the dark, work inside all day and go home in the dark. Then they spend their evenings bathed in artificial light and looking at screens. Unfortunately, artificial light and LED lights from screens signal to the body to stop the release of melatonin at night. The humans of today, unlike our ancestors, are disconnected with the waking effect of the sun and the sleep-inducing darkness of night.

“Our bodies can never go into the normal circadian pattern. I think light exposure, circadian rhythms, and melatonin are part of the reason people have sleep problems,” Dr. Anderson said.

Similarly to our problems with melatonin, when our circadian rhythm is out of whack, cortisol often isn’t being released in the morning so we have a hard time waking up and turn to coffee to wake us.

There are a variety of issues that can affect melatonin and there are tests that show if your levels are optimal. Melatonin uses the same passageways as serotonin so if you are taking something that is blocking serotonin, it will block melatonin as well. Also, certain drugs can cause the depletion of melatonin, including: NSAIDS, antidepressants, betablockers and estrogen containing medications.

Melatonin is not just a sleep-inducing hormone, it also is an important antioxidant and an anti-inflammatory. It strengthens the immune system by stimulating T-helper lymphocytes and it controls the output of growth and sex hormones. Our bodies need melatonin and, the fact that many people experience low levels has increased interest in over-the-counter use of this hormone.

Melatonin will not keep a person asleep but it can be helpful to take it in the evening around the time your melatonin would naturally be increasing. Doctors recommend 0.5 to 6 mg of melatonin each night at least an hour before you go to sleep (preferably before 9pm). Check with your doctor to determine the amount and also to learn how it might interact with other drugs you are taking.

Dr. Anderson cautions that, although melatonin helps promote falling asleep at night, the natural interplay between melatonin and cortisol still needs to be addressed in order to help people get a good sleep.

Cortisol can wake people in the middle of the night because often people who struggle with sleep issues have high cortisol levels at night when the level should be low. Any type of stressor can raise cortisol levels including chemical, toxic, psychological and emotional stressors. Blood sugar problems, sleep disorders like sleep apnea, as well as chronic infections and allergies can also cause elevated levels. Regulating cortisol is important and this can be addressed with a functional medicine practitioner.

Dr. Anderson said that it can take some time to get cortisol levels under control and, while doctor and patient are working to lower cortisol levels, there are adaptogens you can take to help your body.

“Ashwaganda is a great adaptogen,” Dr. Anderson said. Ashwaganda is nutritional help for our minds and bodies. It has been shown to improve learning ability, decrease stress and fatigue and is a general help for overwork, restlessness and insomnia. This adaptogen has antioxidant properties and can also provide some resistance to diseases like cancer and diabetes.

Ashwaganda should be taken on a three-weeks-on and two-weeks-off schedule and will need to be taken for at least four weeks before effects can be seen. Ask your doctor about interactions with medications and be sure to check with your doctor if you are pregnant, have an infection, are taking iron supplements or have other health conditions.

Both Ashwaganda and melatonin can be helpful as you begin to address your sleep issues. They are tools to set you on the right path to a deep and healthful nights rest.