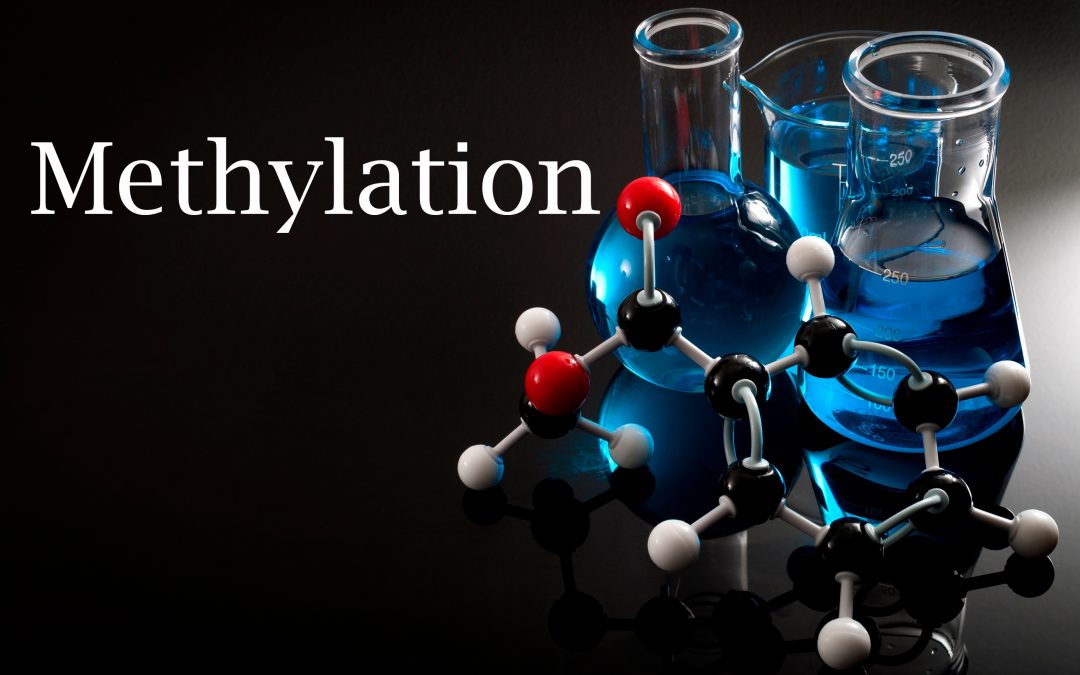 Methylation seems to be the new buzzword in health circles, yet most people have never heard this term before and few understand what it means.

Dr. Anderson wants her patients at Thriven Functional Medicine to understand methylation because it plays a more vital role in wellness than many of us realize.

“It’s important for so many processes,” Dr. Anderson said, “DNA repair, protection against cancer, detoxification pathways, mood regulation and mental health, pregnancy and infertility and many others.”

But what is methylation?

First we need to know about methyl groups. A methyl group is one carbon and three hydrogens.

When a methyl group attaches to a molecule, or is passed from one molecule to another, it acts like a kind of green traffic light causing the molecule to start doing its work.

The thing that is so amazing about these methyl groups and about methylation in general is that it is happening all over the body, all the time. Dr. Amy Nett a staff physician at the California Center for Functional Medicine said, “Methylation is essential for the optimal function of almost all your body systems. It occurs probably billions of times every second.”

When methylation is going well, the process helps repair your DNA, regulates hormones, produces energy, protects against cancer, supports detoxification, keeps your immune system healthy, supports the protective coating along your nerves, strengthens the nervous system and on and on and on.

This is why methylation is important and why Dr. Anderson checks her patients’ blood work to make sure it’s working as it should.

“Up to 40% of the population has a genetic defect in one of the enzymes related to methylation,” Dr. Anderson said. “When you have a defect, it can affect everything.”

How can I know if I am experiencing a problem with methylation?

Here lies a potential issue. It has become popular for people to try to diagnose a genetic defect in their own methylation using genetic tests like 23andMe. Dr. Anderson cautions against this approach and other functional medicine doctors do as well. Just because a genetic test shows you have defect, it doesn’t mean you will have any symptoms or problems.

Dr. Amy Nett said “Genes give us information in terms of helping us know where to look for potential problems in the methylation cycle…but really it’s the lifestyle, diet and disease states that are probably more important in knowing how someone is actually methylating.”

Genetic testing sites only give us one side of the story, they don’t tell us whether or not methylation is occurring optimally within our bodies.

This is why Dr. Anderson said she tests each of her patient’s homocysteine level rather than genetic testing. Having the defect doesn’t mean you will have problems but an elevated homocysteine level can indicate methylation issues.

What are some symptoms of undermethylation?

Fatigue is perhaps the most common symptom of problems with methylation. Other symptoms or conditions can include:

What can you do?

The most common cause of undermethylation, Dr. Anderson said, is a defect in an enzyme named MTHFR. When MTHFR is not doing its job, B2, B12 and Folic acid are not bioavailable, in other words, they are not activated into forms that the body can absorb.

MTHFR is the enzyme “responsible for the process of methylation in every cell in your body,” Jill Carnahan, well-known Functional Medicine doctor said. “MTHFR gene mutations cause people to not produce enough methyl groups.”

Not enough methyl groups means that the traffic light is not getting turned to green in some molecules which means that those molecules aren’t being triggered to do their job to keep the body healthy.

However, there are many ways to work around a faulty MTHFR. Dr. Anderson said that active forms of B Vitamins are an important supplement for people whose MTHFR isn’t activating the B vitamins on it’s own. There are also other supplements and dietary changes that can assist in undermethylation. A diet containing plenty of B vitamins and folate is important, as is avoiding certain medications and decreasing exposure to toxins.

“It really comes down to living a wholesome, well-balanced life with good nutrition, protection from and elimination of toxins, stress management, sleep and exercise,” said Dr. Anderson, “All the basics that we teach at Thriven Functional Medicine.”

Functional Medicine physicians caution that it’s important to work with a doctor to help you separate fact from all the online fiction about methylation. It’s also important to have the help of a professional because overmethylation can occur when treating methylation problems.