Sometimes being wrong, helps us to find what is right. 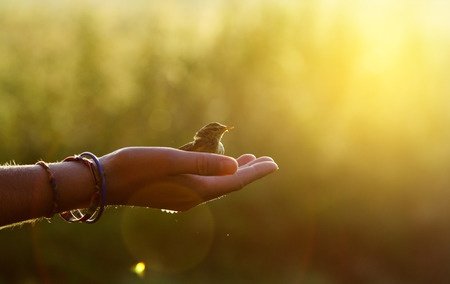 Mistakes. Just writing that word is about as uncomfortable as stepping on Lego pieces with bare feet. Making mistakes is even more uncomfortable, but the FEAR of making a mistake is perhaps worst of all. Sometimes I feel so afraid of making a mistake I simply freeze up, and in the process, create more problems than if I just went ahead and made a choice, even if it was a mistake. I don’t know about you, but I suffer from perfectionism, which by default means I’m going to fail because it is impossible to be perfect. That fear of failure – of making a mistake, sometimes costs me the very thing I want so very much to have.

Have you ever noticed how a small child learns and grows? They try new things and if they don’t quite get it right the first time, they just laugh and try again. That’s because they aren’t afraid of failing or making a mistake. Yet somehow as we’ve grown up (at least I did) we get this idea that everything we do has to be perfect and mistake-free.

Coming home from a conference recently and with a little time on my hands, I decided to try an experiment. I like to play Sudoku on my iPad, but I usually play very carefully, making sure not to make a single mistake. I just hate it when that red X pops up on the screen! This means it can take me quite a while to solve a harder puzzle. I suddenly wondered what would happen if I just made my best guess, when I could narrow a choice down to one of 2 spots; so, I started doing just that. Sometimes I was wrong, but sometimes I was right! I got the puzzle done much faster, and often with a similar score as when I made sure to not make a single mistake. The most interesting thing though, was that after a while it didn’t bother me nearly as much to see the red X pop up. Even if I guessed wrong, I could then make the correct move and often many more would fall into place as a result.
What a great life lesson. Sometimes we just have to make our best guess – the best choice we can with the information we have available. It might turn out to be the right choice, or it may turn out to show us the correct path by being the wrong one. Either way, it allows us to move forward, and if we are willing to learn from it, it will ultimately help us reach our goal. Often, we are not going to have all the information we need or want and must do the best we can with what we have. As we move forward, decide and act, more will be revealed; and we will more clearly see the correct path for us.

So whether you are trying to pick a pair of shoes, decide what to have for dinner, improve your health, change career paths or shift a relationship, fear of making a mistake can keep you stuck or immobilized. Make the best choice you can with the information you have and take action. The results will reveal to you if you are moving towards your goal or away, and then you can take the next right step. 5…4…3…2…1…GO!