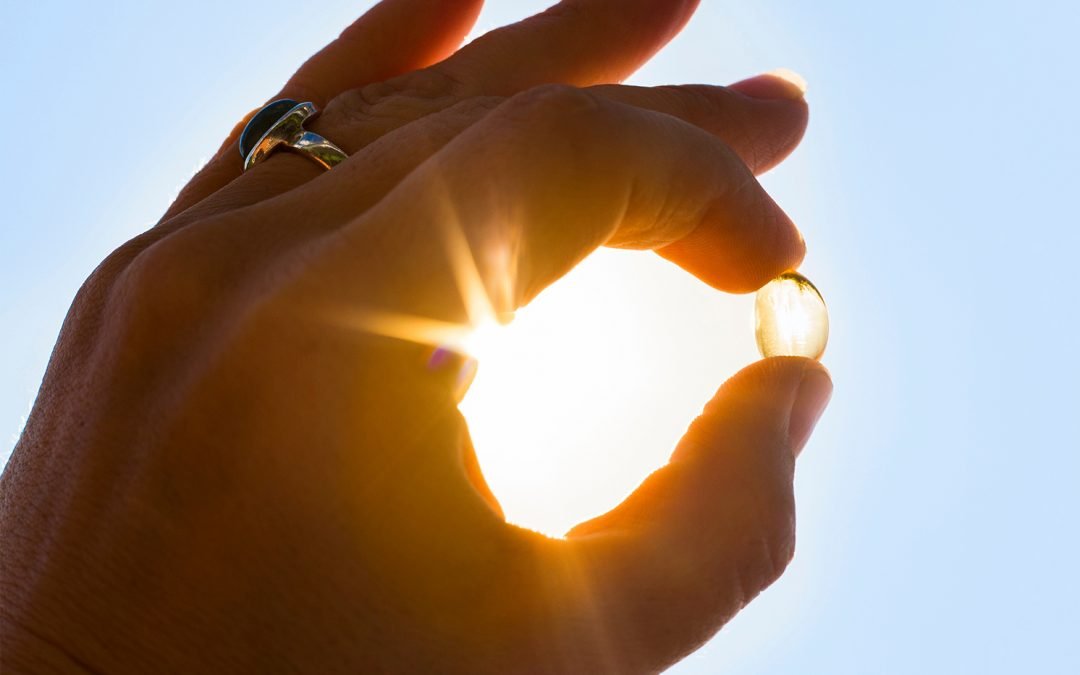 This is why Vitamin D is such a commonly prescribed Vitamin and why you probably need to take a supplement to insure you are getting enough. Optimal levels of Vitamin D lie between 50-80 ng/mL. A level of 30 ng/mL shows a deficiency and 10 ng/mL means the patient is severely deficient. Dr. Anderson said she routinely sees people in the teens.

Although your insurance may not pay for testing, it’s important to be tested because a deficiency can lead to a number of problems. Up to half of all Americans are deficient in Vitamin D and low levels can contribute to issues such as:

Because you’d have to eat 8-9 ounces of herring a day to provide the minimum daily requirement of Vitamin D for most people, you probably aren’t going to get enough in your diet and, as mentioned above, probably not enough from the sun either. Aging, excess weight and inflammation can disrupt our bodies ability to convert sunlight to Vitamin D and darker skin does not soak in as much of this vitamin.

Testing for Vitamin D and finding out your level can help your doctor determine how much Vitamin D you should take because too much can cause toxic symptoms. It’s also important to test a few months after beginning supplementation to make sure your levels are optimal.

As with other supplements, not all are created equal. Our bodies can’t use Vitamin D2 so it’s important to look for D3. Additionally, taking it with Vitamin K2 helps our body utilize the Vitamin D. A high quality supplement or high-vitamin cod liver oil is the best option for making sure you get enough of this important vitamin.